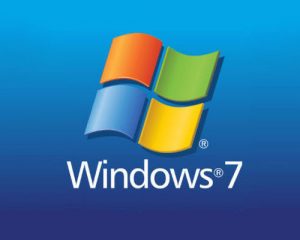 Lots of people found their computers forcibly upgrade to Windows 10, even though they were quite happy with their Windows 7 computer. Even if you valiantly resisted Microsoft’s attempts, come 14 January 2020, you’ll have to do something when Microsoft ceases support as Windows 7 reaches end of life.

So if you are still running Windows 7, or your upgraded PC doesn’t cut the mustard, what do you do?

Well, you may notice that in between January next year and now is…..Christmas! If you don’t have family who might take a hint, maybe it’s time to treat yourself!

What are your options?

All sounds pretty simple, doesn’t it? Until of course you go into Currys or John Lewis or look online, that is. There’s an awful lot of numbers and acronyms involved in buying tech these days and not as much knowledge from retailers as you might hope.

What are the issues?

The problem is, you may find someone who can decipher all the nonsense but what does it mean in the real world? How much main memory is sufficient for the sort of things you are going to want to do? What is a USB C port and how many do you need?

I am often contacted by people who have bought a cheap device on the understanding that they ‘don’t do much’. Trouble is, some of the cheaper computers are under-specified for everything!

A bit of advice from someone who isn’t trying to sell you a particular computer can go a long way. So, if you don’t have a suitable child to hand, ask your friendly computer techie. It’ll save you money and grief in the long run!

Any cookies that may not be particularly necessary for the website to function and is used specifically to collect user personal data via analytics, ads, other embedded contents are termed as non-necessary cookies. It is mandatory to procure user consent prior to running these cookies on your website.